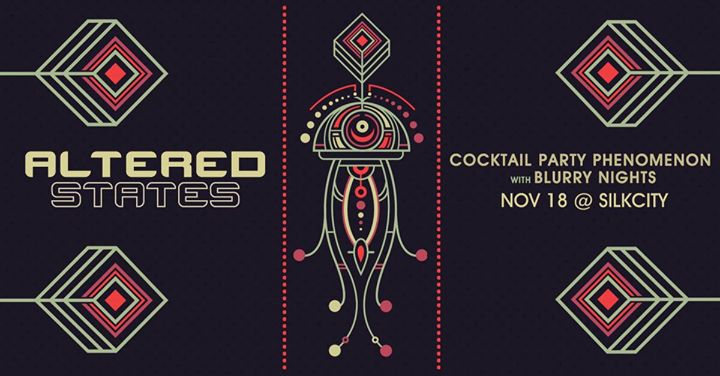 The Blurry Nights are the new Philadelphia rock band. You may hear elements of retro grunge, psychedelic rock, electronic dance or pop, but the end result doesn’t fit into any one genre.

Assembled in early 2013, all four members have been crafting their sound in Kawari Sound Recording Studio (Wyncote, PA) for several months. The band will release their first EP for download on April 22, 2014. You can listen to “Beekeeper”, the first single off the EP at the media page.

Cocktail Party Phenomenon is a progressive/jam/fusion band based in Philadelphia.

Since convening in 2010, they have been featured in Relix Magazine’s “On The Rise” section as well as Relix’s monthly CD sampler alongside songs by Gregg Allman and Keller Williams. They have played with the likes of The New Deal, Conspirator, Tea Leaf Green, Dopapod, Tauk, Consider the Source, Pigeons Playing Ping Pong, Aqueous, Big Something, ELM, The Manhattan Project, and Splintered Sunlight. They have also performed official pre- and after-parties for Umphrey’s McGee, Lotus, Dark Star Orchestra, Les Claypool, and G. Love & Special Sauce.

In their short time together, Cocktail Party Phenomenon has been widely praised for their complex, genre-bending compositions interwoven with skillfully dynamic improvisations, as well as for their spot-on covers. Consistently impressive gigging and festival appearances throughout New York, New Jersey, and Pennsylvania have earned them a reputation as a go-to party band in the Philly jam scene, where they now headline regularly.

The guys of CPP have come together from varying musical backgrounds to produce a unique, mature sound covering any and every genre.